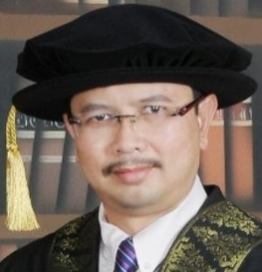 Dr. Muhammad Najib bin Mohamad Alwi graduated with Doctor of Medicine (MD) in 1992, he then did his MSc (Clinical Psychiatry) at Imperial College, London and graduated in 1999. In the same year, he also qualified as a psychiatrist from the Royal College of Psychiatrists, London. In 2009, he received his PhD in the field of cognitive rehabilitation at the University of Sydney, Australia through the thesis entitled “Effectiveness of Computerized Cognitive Rehabilitation Therapy for Schizophrenia in Malaysia”.

He began his medical career as a lecturer and psychiatrist at Hospital Universiti Sains Malaysia, Kubang Kerian in 1999. He then moved to his current job at CUCMS in 2009. He is currently the Director of the Centre for Graduate Studies, Research and Commercialization (CGSRC), and a Senior Lecturer in Psychiatry at the Faculty of Medicine, CUCMS. He also serves as Honorary Lecturer in Psychiatry at a few other local universities

His main research area is Cognitive Rehabilitation for Schizophrenia and he is involved and has published in several areas of psychiatry including cognitive assessment of mental illness, metabolic syndrome associated with psychotropic medication, and disaster mental health.

He was also involved in the development and review of a few Clinical Practice Guidelines of  mental illness for the Ministry of Health, Malaysia and is a member of the Editorial Board of the Malaysian Psychiatric Association e-journal.